New forestry rules come before state board in November

Rules guiding forest management in Oregon are changing and are scheduled to be approved by the Board of Forestry on Nov. 30. If approved, the rule changes which are the product of discussions between environmentalists and forest landowners will remain in place for at least 50 years.

The Private Forest Accord is an agreement between the forest landowner and environmental communities that addresses the protection of endangered fish species and several riparian reptile species.

In 2019, the environmental non-governmental organizations (ENGOs) and forest landowner communities had dueling ballot measures on forest policy for the 2020 general election. In late 2019, several forest industry CEOs approached Gov. Kate Brown to see if instead of using the ballot box to establish Oregon forest policy, the ballot measures could be set aside to allow for representatives from the forest landowner community and ENGOs to come together to negotiate how best to protect endangered fish species. In late 2019 an MOU was signed between the ENGOs and forest landowners’ representatives. Jim James from the Oregon Small Woodlands Association has represented family forest landowners throughout the negotiations.

Part of this MOU was to increase buffers for aerial herbicide applications. The bill was written and passed during the 2020 Legislative Session to increase buffer widths around homes and schools, and to provide additional information to landowners adjacent to these spray projects.

In March 2020, negotiations began, and lasted 18 months, on a variety of topics related to water quality and additional protection for fish. An agreement entitled the Private Forest Accord was reached and signed in late Oct. 2021. It addresses forest riparian areas, roads, and logging on steep slopes.

The 2021 Legislation Session passed SB 1501 and 1502 that directed the Oregon Department of Forestry to develop rules to implement the PFA agreement.

Rulemaking is underway between ODF and the PFA negotiators to develop draft rules by the end of July so that ODF can publish the draft rules for public comment in early August.

The Board of Forestry is scheduled to approve the new Forest Practices Act rules at its Nov. 30 meeting so that ODF can apply by Dec. 31, 2022, to the federal National Oceanic and Atmospheric Administration (NOAA) for a Habitat Conservation Plan (HCP) that will be based on the PFA agreement and associated rules. This HCP needs to be approved by Dec. 31, 2027. With an HCP the FPA rules on addressed topics will provide 50 years of forest management stability. An HCP will also give landowners protection from being sued for the incidental taking of a listed endangered fish or one of five riparian reptiles when following the FPA rules.

Because the new rules can have a larger negative impact on small forestland ownerships, alternative requirements and a tax credit program have been developed. The PFA defines a small forest landowner as one who owns less than 5,000 acres and on average harvests less than two million board feet per year. 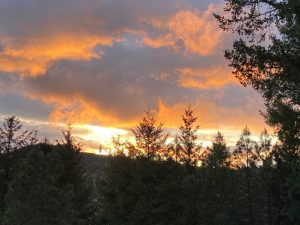