Family forestry has flowered at the Oak Basin Tree Farm. The Linn County property is a checkerboard of wildlife habitat, agroforestry and productive timber stands spanning 940 acres in the Coburg Hills.

In the fall of 2020 co-owner Jim Merzenich wrote an article about Oak Basin for Northwest Woodlands magazine. “Our primary objective is to demonstrate that a sustainable flow of harvestable timber can be produced from property that is managed for native species protection,” he said. “We believe that habitat protection is best achieved by active management.”

On Saturday, Sept. 24, the public was treated to a walk-through tour of forestry in Linn County, part of the annual Linn County Small Woodlands Association “tree farmer of the year” celebration. Sixty-five people showed for the tour on a day of blue skies with the mercury touching 80 degrees.

TFOY honorees this year are the families of Jim and Ed Merzenich. Introductions and property history opened the event. Sons, grandsons, spouses, daughters and nephews have been part of the hands-on success of Oak Basin.

The family has also partnered with local professionals for management and consulting work and tied into federal dollars earmarked to restore wildlife habitat.

Brother Ed Merzenich of Salem traded out Christmas tree property for cut-over timber land in 1992. Some 400 acres was replanted with Douglas-fir or Ponderosa pine where appropriate. 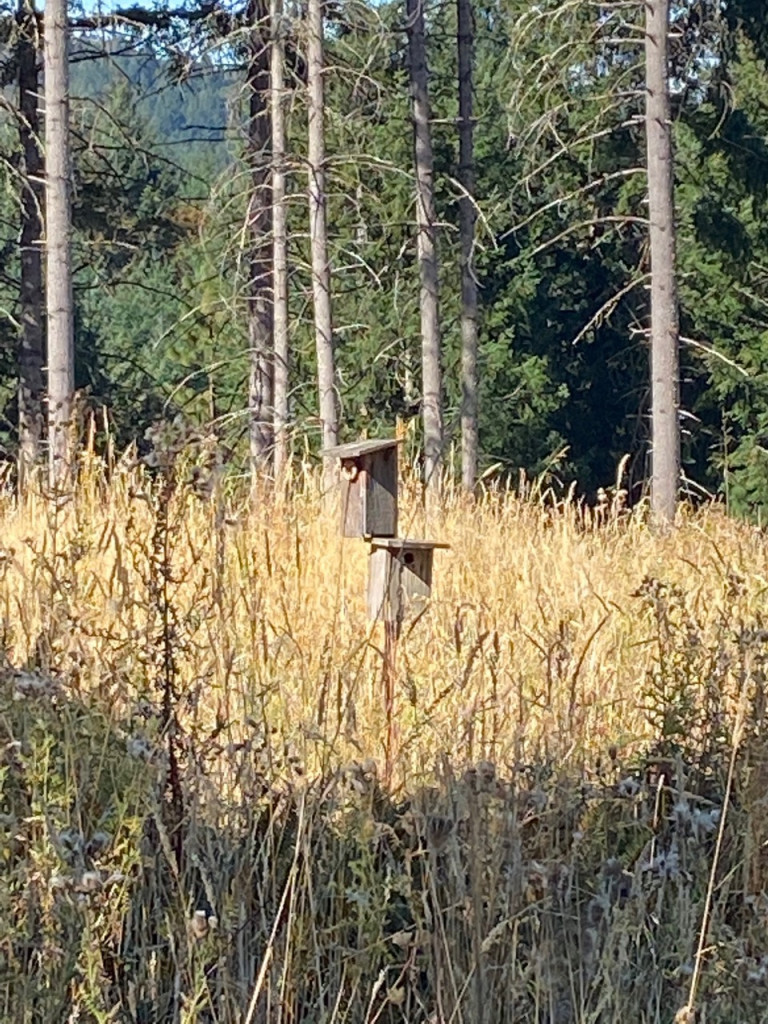 They combined their properties in what now includes 200 acres of oak woodland — some of it predating European settlement.

It is also home to Kincade’s lupine, listed as threatened, also a host plant for the endangered Fender’s blue butterfly.

LCSWA has recognized their efforts twice prior to this year. Ed Merzenich was the 1998 TFOY. In 2012 Ed, Jim and wife Karen, a wildlife biologist, were recognized.

Prior to a 12-stop tour, older brother Ed praised his sibling’s “workaholic attitude” and “good connections.”

Attendees were divided into two groups, one led by Jim Merzenich and the second led by Anna Merzenich. She is nearing an ecology degree at Oregon State University and has recently completed the OSU Extension Service master woodlands manager program.

Ahead of the tour, visitors were given a heads up of tour-stop highlights along with a map of Oak Basin and other background information. Questions were plentiful and displays along the tour included watching a Prime Tec Forestry mulcher crunch up suppressed pine trees in a pre-commercial thinning.

Jobe Woosley of Advanced Land Management in Sweet Home watched as a crew member churned trees into mulch in just a few minutes.

Other displays included spray equipment, tree markings for an upcoming thinning, reforestation techniques and a visit with the property’s Scottish Highlander cattle herd.

The tour was followed with a variety of box lunches, sodas and water.

This year’s two Robert H. Mealey scholars were on the tour and were introduced following lunch. Joseph Passenant of Albany is a freshman attending OSU. Madelyn Neuschwander of Sweet Home is a senior at OSU.

Casual conversation in the shade followed lunch along with a demonstration of a Wood Mizer mill at work shaping some maple planks — products of Oak Basin. 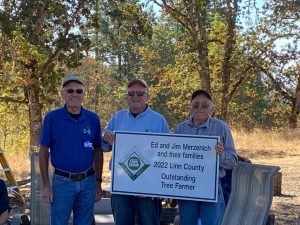