“The task that remains is to cope with our interdependence – to see ourselves reflected in every other human being and to respect and honor our differences.”

I had been staring at these five Douglas-fir trees on our tree farm and wondering why they were so much healthier and larger than all the rest of the stand around them. One tree is an enormous “wolf tree” with dead branches on the lower 50 feet of trunk below the live crown. The others are about 80 years old. Most of the trees in that relatively flat area are the same age. The soil cannot be much different throughout the stand. These five were not getting any more sunlight than their neighbors during their early life. Plus, they are much closer together than anybody would have planted them. It’s a mystery. Also, the entire stand can only be described as “clumpy.” Overall, there is an average spacing of about 30 feet, but most trees are much closer together, or much further apart than that. This phenomenon has always puzzled me.

When I was working for the Forest Service one summer, we were counting Douglas-fir beetle (Dendroctonus pseudotsugae) in stands in Eastern Oregon. The trees we found attacked by beetles were also in clumps.  Five or 10 trees together were dying. Clearly, there are many factors causing this, including aggregation and anti-aggregation pheromones, weather, tree health, soil moisture, and a host of other things (disclaimer: I’m not an entomologist). Still, this pattern did not follow my inherent worldview of trees in competition for resources, with the strongest surviving. Also, there were some marginal looking trees within the larger stand that were not attacked by beetles, and some healthy-looking ones were in those dying clumps. How did the tree clumps survive or die as groups?

I recently read “The Mother Tree,” by Suzanne Simard, a professor of Forest Ecology at the University of British Columbia. Ms. Simard received her PhD in Forest Sciences at Oregon State University. I had first heard about her work while taking a Silviculture class there at OSU. Her research shows that fir forests have underground networks of (mycorrhizal) fungi growing on tree roots in a symbiotic relationship. Her studies show how these fungi and roots facilitate communication and interaction between trees and other plants in the surrounding ecosystem. The trees and plants exchange carbon, water, and nutrients, and communicate defense signals.  Her research shows that “Mother Trees” supply carbon and nutrients to young trees thorough these mycorrhizal networks. The cross-species networks allow carbon sharing between Douglas-fir and Birch trees. Naturally, Dr. Simard was initially ridiculed for this work, before eventually being recognized as being correct in her research conclusions. I must say, it changed the way I look at the forest, and gave me another perspective on what lies below the surface. I took a more informed look at those big fir trees. I remember back in the 1970s pruning the lower dead branches of those trees, then about 40 years old, and seeing all different kinds of mushrooms poking up around me.

We, who live in the Western United States are an independent lot, Oregonians more than most. Not sure why, exactly. Maybe partly the mythology of the pioneer, fiercely making it on his own, needing no help.  Maybe some of us have been disappointed by someone close, preferring doing for ourselves to trusting someone else. It may be partly the idea of “Self-Reliance” put forward by Ralph Waldo Emmerson, that within each of us is a deep force that is borne out in extreme individualism. Many of us grew up in homes that promoted this view (I did). But lately, I have been reevaluating independence and interdependence in my life.

Now, I’m not saying here that there is no merit to being confident in one’s views, just that there may be much more complexity underlying the truth of a situation than “I am sure that I am right about everything I have thought, and those who disagree with me are just plain wrong”. Perhaps a bit of humility is in order, a bit of listening. A bit more caring about another’s thoughts and feelings, and less worrying about mine. Possibly there is a “mycorrhizal” network connecting all our human roots. A network that allows us to provide concern and care for the young and stressed around us. Maybe you are a Douglas-fir and I am a Birch. We can learn to respect and value our differences, learn to help each other, to become a truly inter-dependent community.

Posted in News, President's Column
Find out more about membership 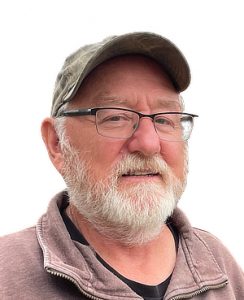